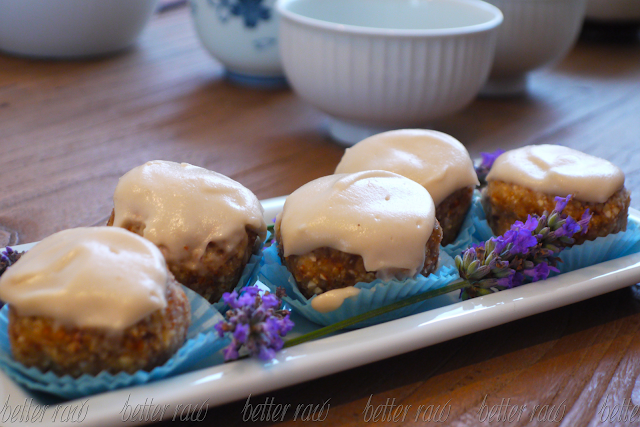 If you are receiving my newsletters, you would've heard all about the incredible morning I spent at a private tea making workshop with Holly Helt from Chiki Tea, Alex Davids from Inside80 and Taylor Davids from the-land-of-super-cuteness (just look at the mini man below).
Holly is a talented tea master- her stories, tips and tea making techniques from all the years she spent in Japan gave me so many 'aha moments'- I had to tell you about her work right here on Better Raw!
If you enjoy an occasional cuppa and are even in the slightest interested about learning some fascinating facts about this art (yes, art!), you'd love the Chiki Tea updates on Facebook. And you'll certainly want to follow them to be the first to know when their website officially launches, the workshops begin and the beautiful book is printed. Excitement!! 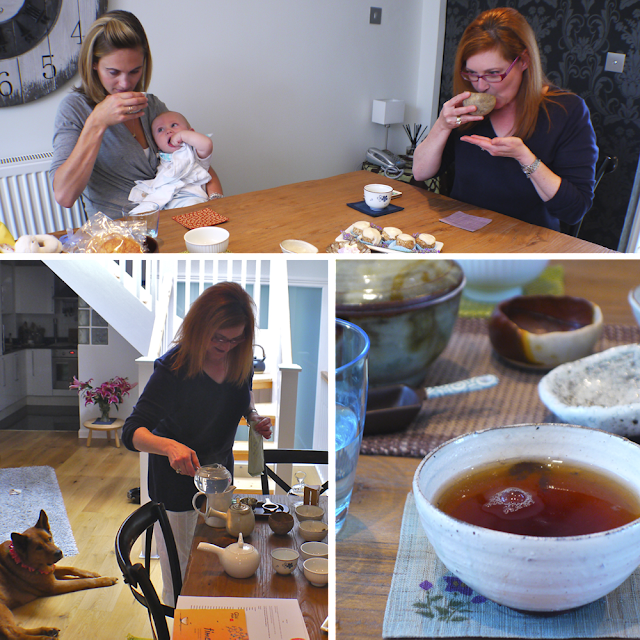 Oh by the way- if you have the Raw Food 101 DVD, you might even know Holly Helt already! Her story features in the last chapter of the DVD, called 'Success Stories', where she shares how raw food helped her cancer heal many years ago. I'm telling you- she is an inspiration in so many ways!
So, I wanted to make something that I could bring with me, which  a). went well with tea, and b). didn't  require hours to create. Lavender came to mind (or maybe it was there all along, since it is literally everywhere you go in London during this time of year), and here is the finger-licking result...
LAVENDER CREME de CASHEW CAKES
(makes 12 mini bites) 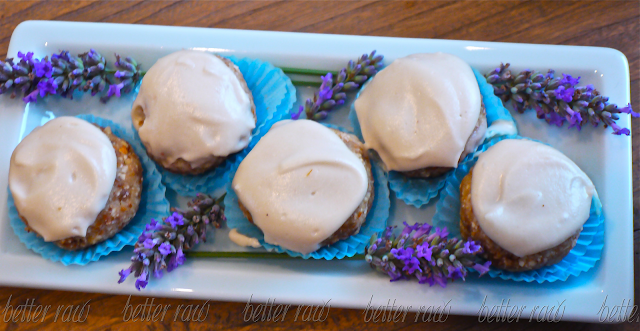 For the equipment
blender
food processor
mini cupcake or chocolate cases
For the cakes
1 1/2 cups almonds, soaked overnight
1 1/2 cups dates, pitted
1/2 desiccated coconut
2 tbsp lavender + 1/2 cup hot water
1/2 tsp Himalayan salt
optional: 1/3 cup lukuma powder
For the icing cream
1 1/2 cup cashews, soaked overnight
2 tbsp lavender + 1/2 cup hot water
1/4 cup xylitol
1/4 cup coconut oil, gently melted
1 tsp vanilla bean extract
The night before (at the same time as you are preparing the almonds and cashews for soaking), stir all 4 tablespoons of lavender in with one cup of hot (but not boiling) water and leave aside to infuse overnight.
Strain the lavender infused water and dispose of the seeds into your compost. Divide into two equal parts- you should have 1/2 cup for the cake and 1/2 cup for the cream.
Prepare the cakes by processing all the ingredients, apart from the lavender water, until all the nuts and dates are chopped up.
Add the lavender water and process again to a desired consistency.
Roll the mixture into equal sized balls and press them into mini cupcake cases.
Put all the icing ingredients into a blender and using a tamper, blend until creamy.
Scoop the icing from the blender and spread over the top of each cake.
Serve immediately or keep refrigerated in an airtight container, where they should last for up to 2 weeks. 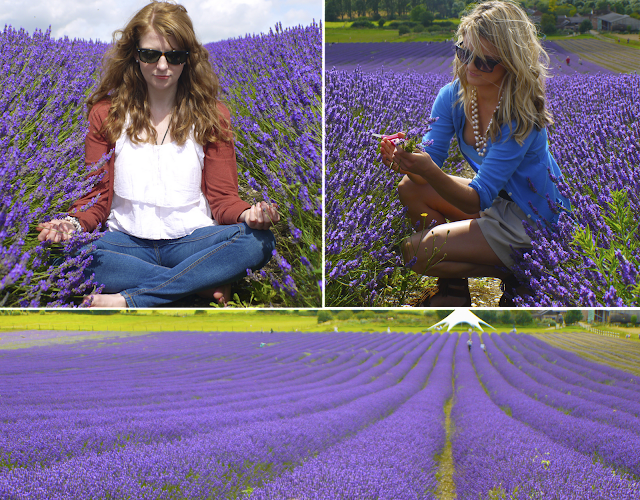 Holly mentioned the Hitchin Lavender fields while we were enjoying our tea and cakes. I knew nothing about them, but I knew I'll be going. After weeks of failed attempts to talk Elliot into coming with me (boys are not into lavender apparently- who would've thought?), I got up this Friday with a strong urge to get there.
Lucky for me, my coaching client and spontaneous friend Michelle (above on the left) was up for some meditating, flower picking and hanging out with the bees, so we made the day of it. It was incredible. Straight into 'The Best of UK Experience' album. 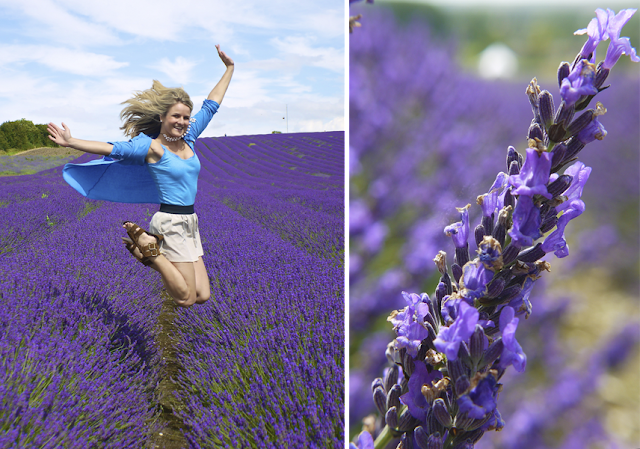