If you didn't hear me shouting our news from the Arctic, then you most certainly would've heard me shouting them from all the social networks by now! I totally believed that I was going skiing in France when I wrote to you last, but was actually the subject of the biggest (romantic) scam in history...
You keep asking how it could be possible that I wasn't to know. I keep asking myself the same thing, believe me. I truly thought that I know Elliot far too well for him to pull a surprise like this one on me. Turns out, that he knows me even better to cook up a plan so genius that I wouldn't for a moment suspect what was coming my way. 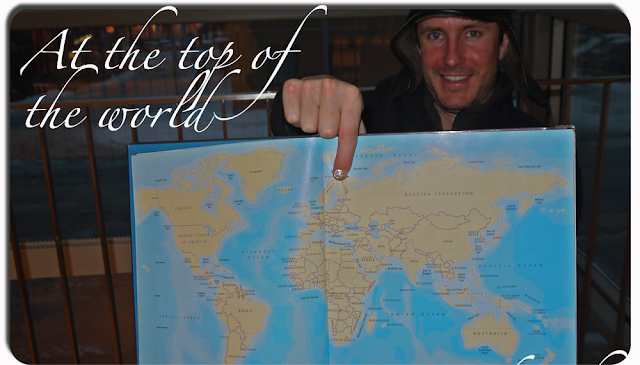 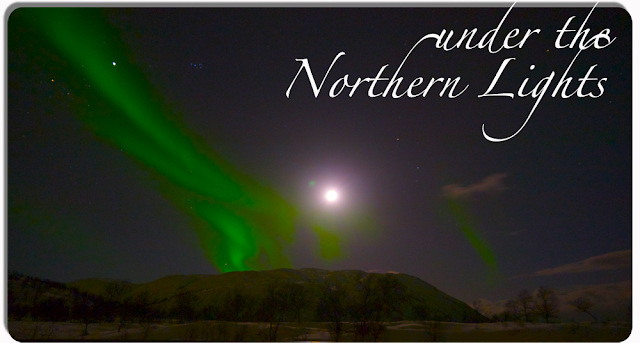 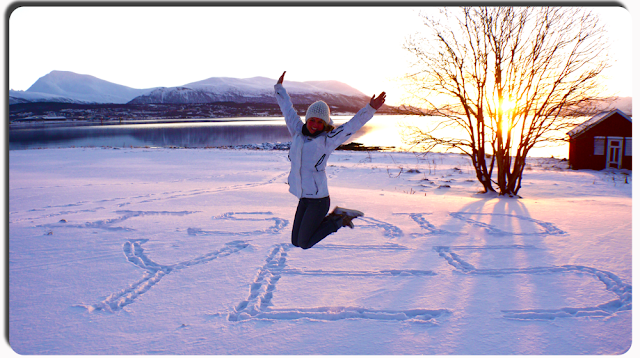 It was the first Sunday of the new year. A group of us friends have already spent the morning playing tennis, walking the legendary canal walk from Little Venice to Camden Lock and shared every raw and vegan meal which InSpiral had on offer, as well as the very last piece of my (and by the looks of it- everyone else's also) favourite raw passionfruit cheesecake.

Now we are at a cosy Chelsea pub, chatting and reflecting on what an epic start to 2013 we are all having. Britney, who is sitting across the table, quietly tells me: "You know what would make it an even better start? My work is running an incentives scheme and the winner gets an amazing ski trip for two. Well I'm pretty sure that I've got this one in the bag and if I do, I'm taking YOU!"

The next day, she announces that she's won the trip and we are going to Chamonix! I'm absolutely beside myself with excitement and overwhelming gratitude, but my first thought is... Elliot. All winter he's been banging on about how gutted he is that this could be our first season to miss out on skiing since we arrived in the UK.

So it's no surprise, that his response to this is excitement for us, instantly followed by the question "but what about moi?"

I rapidly brainstorm possibilities, while Elliot declares his indifference to taking the couch or even the floor and that his boss would be fine to sign off his leave at such a short notice, just let him tag along! Britney jokes that she wants me all to herself, but being the most sympathetic and attentive opportunist that she is, she 'pulls all sorts of strings with HR' and gets back to us with a 'Yeah Baby'!

Oh how they must've enjoyed playing with my naivety.

Where their plan proved even more faultless was in making me believe that I was going overseas. Elliot already made all the arrangements for THEE weekend last year, but it wasn't until he saw me re-apply for a passport renewal a week earlier that panic set in. I was very casual about sending my application to a Wellington branch in New Zealand, instead of here in London, because as far as I was aware, our first trip away wasn't until March, so until then- what's the rush for a travel document? No way was I to miss out on Chamonix though, so I got on the phone, upgraded to an urgent application and received my brand spanking new passport the following day!

Next come a bunch of questions about the trip, especially about what I need to know and bring, but clever Britney is a step ahead. She asks us both to tell her our shoe sizes for ski hire, gets me to send through passport details for check-in and says that 'HR are not revealing a lot of information because everything is arranged for us including various surprises', so basically - don't ask any questions! Damn she is good.

They had me going right up till the departure gates.

We taxi'd into Heathrow at 4.45AM. No one seemed phased about checking the departures board, since we arrived early, so while we all stayed around discussing how much skiing we'll fit in as soon as we land in France, Britney pulls out a 'welcome' card from her work's HR department... "Oh I nearly forgot- everyone gets a card". As I scan the envelope in confusion as to why my name is scribbled in her handwriting, I am even more baffled when I open the actual card... 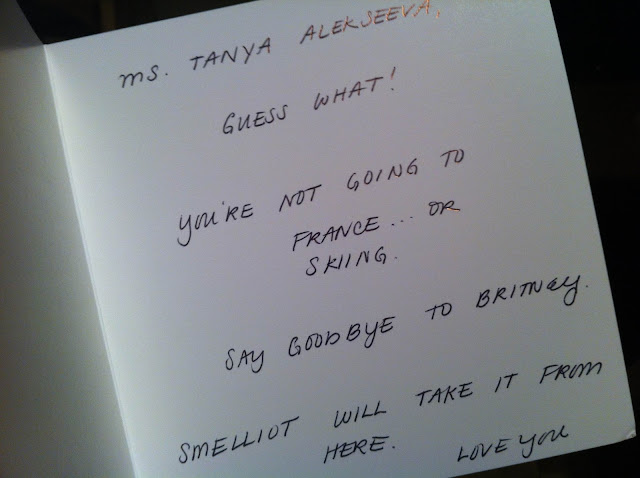 Baffled. Confused. Oblivious. Delirious. Nothing quite fits the description of what was actually going on inside my head. The dazed morning mind and adrenaline fuelled nerves wouldn't cooperate with my consciousness and so I just stood there, observing what I can only describe as how it would feel if time stood completely still.

So Britney is the HR Department?
Elliot knows what's going on?
Elliot is responsible for what's going on?
Britney is waving goodbye and getting on a flight to Amsterdam for a work meeting instead?
This was ALL planned?
Am I in a dream? Yes of course it's the only legitimate explanation.
Wait- why is Elliot reaching into his bag?
Oh God, this is not the moment, is it? Oh God, not at the airport, surely! No no, it's just flight tickets. Flight tickets? To where?? The Arctic Circle? Aurora Borealis? Someone pinch me NOW! At this rate, I'm going to have to do up a brand new vision board for the remainder of 2013 before January is over!

Tromso, at the top of Norway is not like anything we've ever experienced before. I wished my eyes could take pictures.

In one day, we drove around six different islands, had a gigantic moose run in front of our car, saw wild reindeer casually walking along shore lines, witnessed a stunner of an hour long sunrise, then a brief 15 minutes of striking orange sun, followed my the most extraordinary 3 hour long sunset; we got through multiple snow storms, rain and hail, drove on roads of snow and ice, over bridges, through underground tunnels and on a ferry across different islands. It's hard to believe that we managed to squeeze it all into a mare 4 hours of natural daylight, that the far Northern part of the globe receives daily at this time of year. 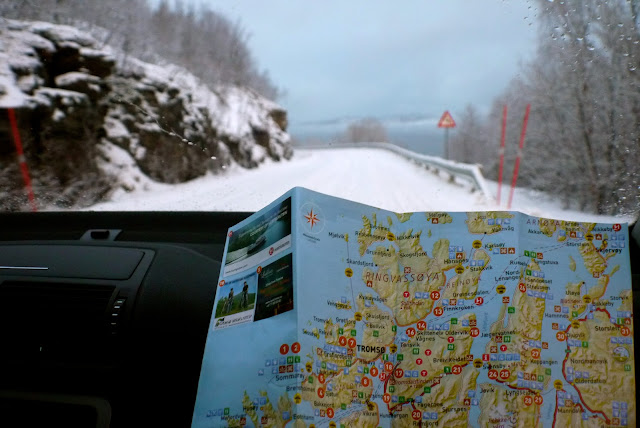 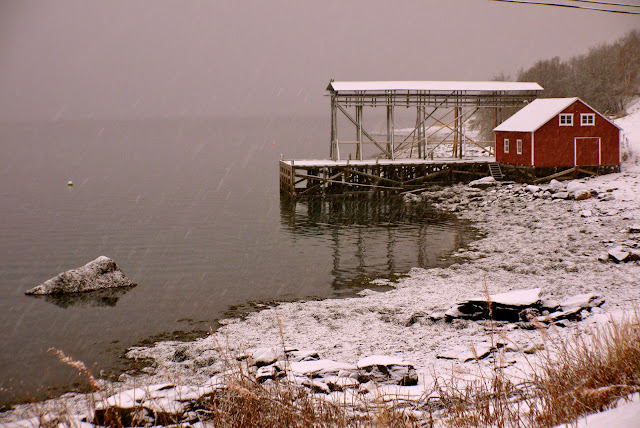 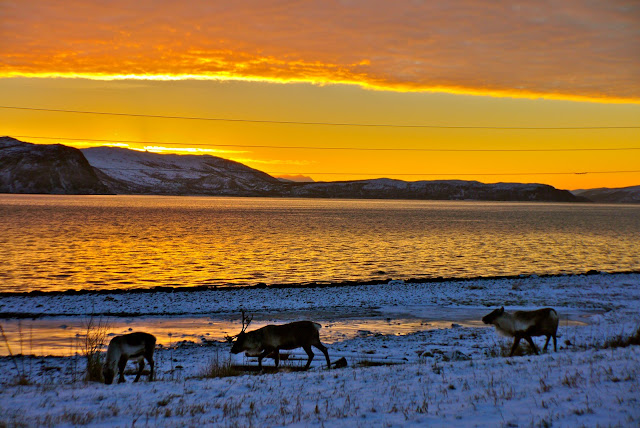 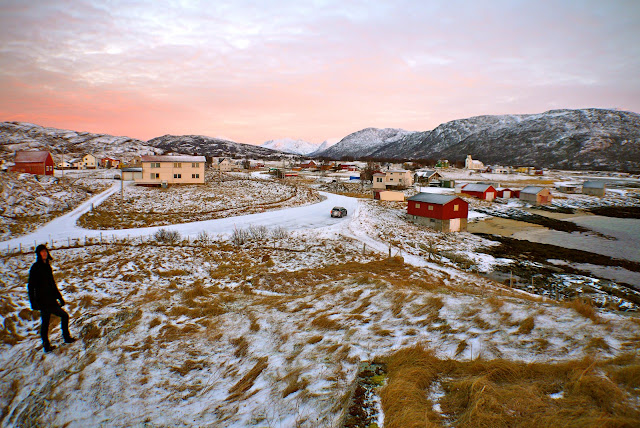 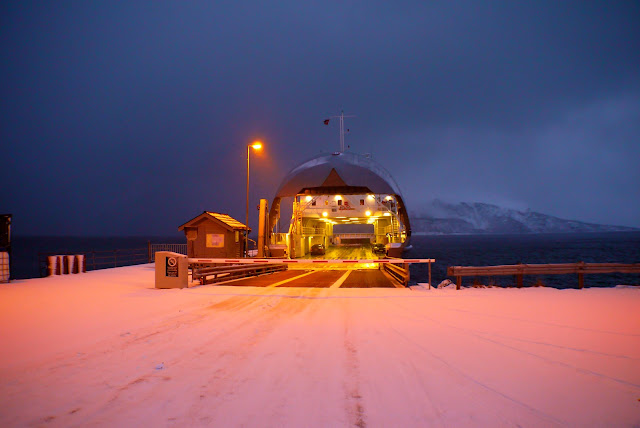 Now it's pitch black with just a few stars peeking out from the swiftly moving clouds. We are headed for a remote tip of one island called Sommaroy, which earlier that day was suggested to us for excellent sighting of the Aurora Borealis.

Neither Elliot nor I have seen the Northern Lights before and we had no idea what to expect. So we parked by the shore and sat inside the warm car, plastered in ski gear, camera in hand, ready to run out and start clicking at the first glimpse of whatever. When we finally noticed something which could pass for a subtle greenish washed out cloud, we were both out the door, marching ahead to the top of a small hill, as though we've spent months training for this very occasion.

And then it was just the two of us, on a small island the size of a bedroom and the calm winter ocean surrounding it, surrounding us.

There were many firsts for me that weekend, but seeing the heavens painted in glowing green strokes, which used the entire night sky as their dance floor, performing gripping routines to the nature's mysterious melody... this was beyond anything I've ever imagined to see and feel at the same time. Ever.

And just as pure love and gratitude floods my every cell and I am certain that it doesn't get better than this, the love of my life is down on one knee, holding something sparkly, asking me to marry him. 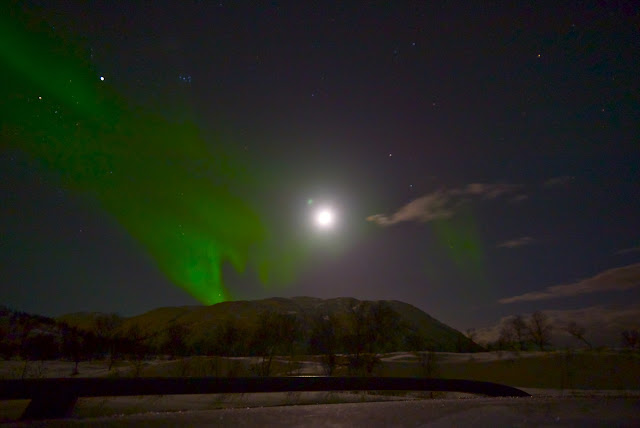 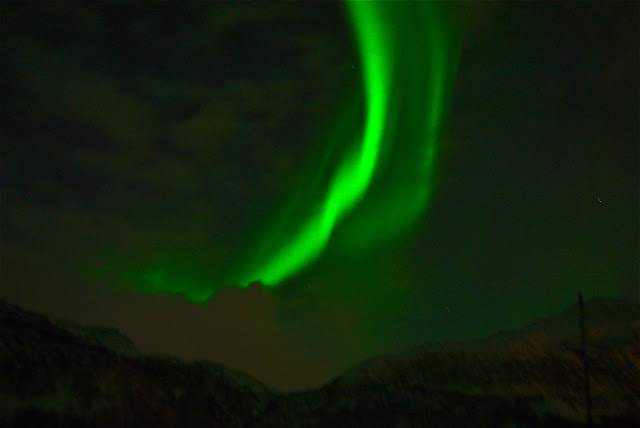 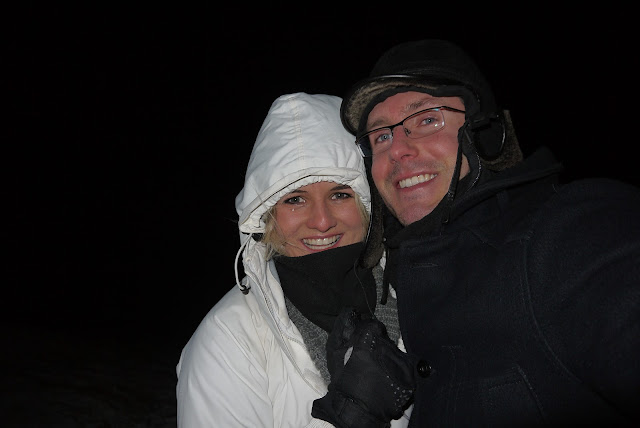